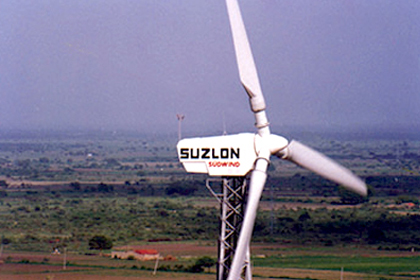 Since its inception in 1995, Suzlon has rapidly expanded its footprint across the world and made a mark for itself through technological and product innovation. Suzlon is a pioneer in the field of wind energy and is currently presence in 17 countries. With over over 12,224 wind turbines installed across six continents and 14 world class manufacturing facilities in India, Suzlon wind energy solutions have become the byword for innovation and competitive advantage.


Here, we present Suzlon’s story over the years.

Trace the 20 Year Journey of Suzlon 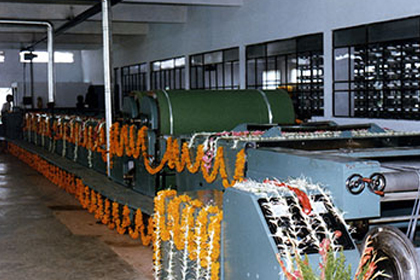 Tulsi Tanti, a mechanical engineer, was tending to his family textile business in Surat, Gujarat. The business was not in the best of health, mainly due to high operating costs caused by expensive electricity and the frequent power outages. Mr Tanti wanted to explore other avenues for fuelling his business’ need for power. In 1994, he purchased two wind turbines and literally produced his own electricity. Other owners evinced interest in his solution, which inspired Mr Tanti to exit the textile business and enter into the energy sector with Suzlon. In 1995, Suzlon was formed with the idea of giving customers a complete package of wind energy services. 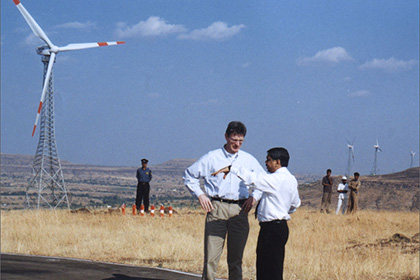 After its establishment in 1995, Energy Limited slowly started gaining prominence as a provider of complete wind energy solutions. The nascent company established a technical collaboration with German wind energy leader Südwind Energy GmbH to strengthen and build its expertise in designing Wind Turbine Generators (WTGs). This technological expertise provided the critical thrust which helped Suzlon to set up WTGs across India from 1995 to 2000. During this period Suzlon commissioned its first 0.27MW WTG for Indian Petrochemicals Ltd in Gujarat. It also commissioned WTGs in the state of Maharashtra and Tamil Nadu. The increasing network of WTGs also led to a commensurate increase in installed capacity with the company crossing the 100MW installed-capacity mark in this period. Suzlon also commissioned its first 1MW WTG for the then Tata Group Company, Niskalp Investments in the year 2000. 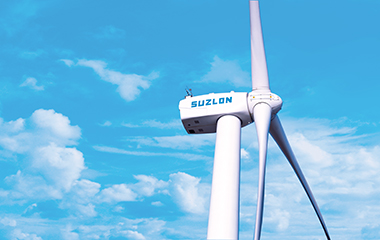 Along with product innovation, Suzlon fast-forwarded its efforts to become the most vertically integrated wind turbine manufacturer in the world. It initiated its backward integration with the dispatch of the first set of blades (Type S-60) from its rotor blade unit in Daman. The integration was further strengthened with the formation and commencement of Suzlon Control System (SCS), an MBU at Daman, for the design and manufacture of wind turbine control systems.


During this period, Suzlon went international. 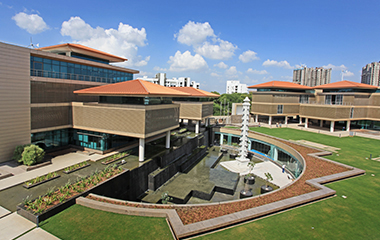 After attaining a leadership position in wind power generation, Suzlon was listed on the Bombay Stock Exchange and the National Stock Exchange. Its IPO was oversubscribed by 15 times, a testimonial to the company’s leadership as a renewable energy player. In 2005, Suzlon achieved a new milestone in its growth by crossing the 1GW installed capacity mark in India. Its new and improved WTG suites, such as the 2.1MW generator, facilitates better and efficient harnessing of wind power. In just over a decade since it was formed, Suzlon achieved the superbrand status –a testament to its leadership and technological innovation. Suzlon became the only power company in India, the sole renewable energy company in Asia and the lone wind power company in the world to achieve this status. It also ranked #5 in the world among WTG manufacturers in terms of installed capacity.* 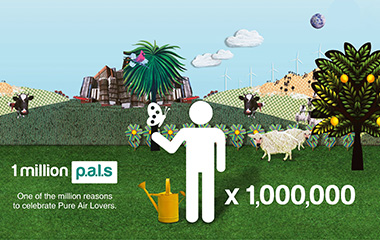 Continuous innovation, a hallmark of Suzlon, led to the development of the S9X suite of wind turbines, which were launched to a global audience at the AWEA Wind Power 2011 conference. Improvising on its product offering, the company produced a variant – the S97 2.1MW wind turbine generator (WTG), built with a hybrid tower (lattice/tubular combination) and a hub-height of 120 meters in 2012.

The S111 2.1MW WTG suite, part of the S9X series, also received certification from TÜV NORD for its 50 Hz and 60 Hz variants in 2015. This certification was awarded for conforming to standards and regulations for design, testing, and manufacturing of the WTG.

New investors, impressed with Suzlon’s growth story, also joined hands. In 2015, Suzlon signed definitive agreements with Dilip Shanghvi Family and Associates (DSA) for equity investments of Rs.1,800 crore in Suzlon Energy Limited for equity infusion to accelerate growth. Suzlon attained other major milestones too during the period. It commissioned its 10,000th WTG at the Artilleros wind farm in Uruguay.

Suzlon’s landmark initiatives, Pure Air Lovers' Society (PALS) and a state-of-the-art training centre for wind technicians in North America were successful in their objectives – creating a community of people supporting wind energy in the case of PALS and preparing for future manpower needs in the latter case.

Suzlon is now continuing its march towards becoming one of the top three wind energy producers in the world. Suzlon Energy Ltd is going from strength to strength in its endeavour to be a leader in renewable energy.


Some notable achievements since 2016 are: