On the Job: As India braces for the next big phase in clean energy, the article deciphers the sector’s significance in creating employment opportunities in the country. 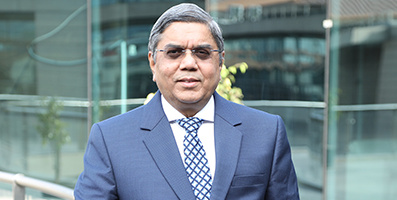 Over the last few decades, there has been a greater focus on adopting clean energy, in India too there wasn’t a better time to invest in clean energy. Although there remain certain key challenges that haven’t allowed the industry to reach its peak; however, several industry trends and reports confirm that renewables are here to stay. Over the last three years, the installation of renewable energy in India has doubled from 32 to 63 GW. So renewables, especially wind and solar, today are not only the cleaner but also more affordable energy than the coal energy. Also, a conducive environment of policy reforms and growing consciousness to mitigate the climate change risk has ushered the momentum in favour of renewable energy across the world. This is further supplemented by the government’s commitment to install 227 GW of renewable energy by 2022. Globally ~60% new capacity in the last two years have come only from renewables, while at the back of such lucrative investments the Indian government commitment to install 227 GW of

renewable energy by 2022 gives further impetus to the growth of the renewable sector.

While investment not just replenishes the growth of the sector, but also helps to bring in the subsequent manpower. According to the International Renewable Energy Agency (IRENA) in its latest report, the renewable energy sector employed 10.3 million people, directly and indirectly, in 2017. The report further adds that the industry created more than 500,000 new jobs globally in 2017, with the total number of people employed in renewables (including large hydropower) surpassing 10 million for the first time. The report further maintains that China, Brazil, the United States, India, Germany and Japan have remained the world’s biggest renewable energy employers, representing more than 70% of such jobs. On the India business front, the IRENA estimates that employment in the sector stood at 60,500. Global renewable energy employment reached 10.3 million jobs in 2017, an increase of 5.3% compared with the number reported in the previous year. An increasing number of countries derive socio-economic benefits from renewable energy, but employment remains highly concentrated in a handful of countries, with China, Brazil, the United States, India, Germany and Japan in the lead. Likewise, strong growth in new capacity additions boosted employment in India to an estimated 164,000 jobs. India had the world’s fifth-largest additions to wind capacity in 2017 at 4.1 GW and the fourth-largest cumulative capacity (GWEC, 2018). IRENA estimates that employment in the sector stood at 60,500. Challenges to employment and promotion remain.

These numbers do predict a positive outlook for employment generation in the renewable sector; however, there still remain a number of challenges that the industry needs to overcome. A report by World Resource Institute (WRI) maintains that “in addition to improving energy security, enhancing energy access, and mitigating climate change, renewable energy may be able to help reduce poverty, by creating good jobs”. The report further states that India’s foray into the renewable sector shall open several opportunities in the manufacturing, project design, construction, business development, and operations and maintenance. To put it in absolute numbers, the report suggests that the sector could generate nearly 330,000 jobs in the next five years. Moreover, the government’s ambitious plan to install 227 GW of renewables would a substantial number of people to install, erect and maintain the turbines, not just that there are several other jobs that would be created. It is, therefore, necessary to build an environment that would sustain this growth through investing in necessary skill development programs that reach to an extensive audience and are employment-driven. There should be a special focus on upgrading the technical skills in order to bridge the technical gaps in the sector, considering the ongoing digital transformation. There is a consensus among policymakers that private enterprises in all environments generate jobs, investment, and human capital, and thus contribute to poverty reduction. Renewable Energy is the key catalyst for economic growth of our country and development of renewable energy such as Wind is vital to attracting domestic manufacturing in the country, rural employment through projects and operation and maintenance services

Women in the Workforce

The industry could do much better with an increased participation of women. Several international agencies have pointed out the dire need for women employed by the sector –those who are currently employed are into non-sedentary jobs and have limited growth opportunities. According to a World Bank report, India is ranked 120 among 131 countries on female labour force participation. An improvement in these numbers will positively affect the country’s GDP thus fostering an inclusive and sustainable economic growth. The key is to bring in gender parity and at the administrative level, there should be policies designed that create the right infrastructure to help educate, train and employ women in production, facilities, operation and maintenance roles in the renewable energy sector.

India on the threshold of Renewable Energy Transformation

According to IRENA, Global renewable energy employment reached 10.3 million jobs in 2017, an increase of 5.3% in comparison to 2016. The growing employment opportunities in the sector could support India’s rural poor by presenting an alternative to subsistence farming. Renewable energy has the potential to act as a great catalyst to the ‘Make in India’ initiative. The industry offers immense potential and opportunities for saving forex reserves, ensuring both energy & environmental security and sustained employment creation in far and remote areas. There is enormous scope for indigenizing technology and component manufacturing that shall further strengthen the vision of ‘Make in India’ initiative. India is still heavily reliant on imports especially for Solar PV cells and other components. By securing the supply chain for Wind, Solar and other Renewable technologies in India, we can not only reduce the cost of these technologies but also create value additions and employment in the country. This would act as a GDP multiplier as seen in Europe and China. Wind energy is now the lowest cost of power in the country and has entered into the industrialized phase backed by the huge demand—making it more affordable. India’s clean energy sector has the potential and capability to lead the global transition to renewable energy sources and become a role model for job creation in developing countries around the world. The industry anticipates that the governing policies to be more favourable towards creating an environment that supports job creation and thereby help in the overall growth of India’s clean energy sector.