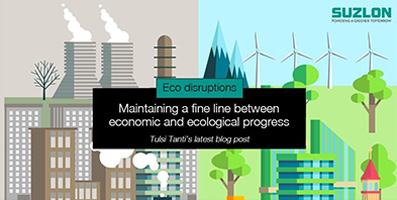 Earlier this year, the International Monetary Fund (IMF) in its annual economic report predicted India’s GDP growth at 7.4% and China’s at 6.8% in FY 2019. These projected numbers are vastly satisfying for India particularly, considering there is a definite rise in the growth rate at the back of demonetisation and GST–pivotal decisions taken over the last two years that had slowed the GDP growth rate.

The report further elaborates the positive economic growth rate in Indonesia, Malaysia, the Philippines, Singapore, and Thailand (ASEAN-5 region) suggesting that these countries would continue to maintain their growth numbers over the course of 2018. To put it in absolute number, emerging and developing Asia* that accounts for over half of the world will continue to grow at around 6.5% over 2018-19, which is in accordance with its 2017 numbers.

On the back of such positive numbers, private and public initiatives shall be instrumental in bringing significant economic drivers for the global economy. Whilst developing countries witness economic overhauls; such a heavy impetus on industrialisation does have an ensuing effect on our ecosystem. In one of its detailed report on Climate Change, World Bank has warned that climate change will cause nearly 140 million people in the developing world to migrate before 2050 unless there is a legitimate action taken to improve the current environment. A majority of these countries belong to the Asia-pacific rim, and a number of them have already been forced to look for habitats due to the current ecological imbalance prevalent in this region.

It is rightly said, that ‘the condition of the world reflects the condition of our collective consciousness.’ The fixation to invest in extreme industrialisation while the desire to maintain a habitable planet is indeed an ironical juxtaposition. Although, certain developing countries have specific provisions allocated form their yearly budgets to combat climate change and its impact; however, these efforts need to be intensified.

The impact of industrialization on the environment has led to several positives but overall has had a negative impact on the environment. While it is evident that the bourgeoning industrialisation has had severe consequences on the environment causing global warming and greenhouse effects. This ongoing degradation of the environment and ecological system also has a negative impact on the economy. Among the many disruptions it causes is the loss of life and ill health, which then requires private and public entities to constantly invest in healthcare and other such facilities leaving an impoverished economy. A case in point is that of India, which is to face some its toughest challenges concerning climate change in the next few decades–water shortages, drought-affected regions, extreme heat waves to heavy rainfall and rising coastal sea level. It will take some serious efforts on our part to overcome these challenges and certainly this is the time to act. Advocating the use of cleaner/renewable sources of energy, this not only helps us to reduce global warming and fight climate change at large but also helps to maintain the ecological balance of our environment. On a broader perspective, there should be a conscious effort to collectively inhibit a culture that moves away from extreme consumerism to utmost conservationism.

Under the Paris Agreement, India has pledged to:

There has to be a consensus between the need for development and adopting strategies that help maintain a sustainable planet. This being the very reason for the Paris agreement to incorporate the need for sustainable development, wherein it understands the ambitions of developing countries as well is practical about the dire need for sustainability. Costa Rica set a precedent in 2017 by generating its electricity entirely by renewable energy for 300 days; its South American neighbour Uruguay which is 95% powered by renewable (as per 2015 record) plans to save US$10 million through source substitution and energy efficiency by 2030. In fact, Uruguay invested heavily in wind and solar with no subsidies or increases in consumer costs. In Africa, Kenya is already building the largest wind farm—Lake Turkana Wind Power consortium (LTWP). The wind farm aims to provide 300 MW of low-cost electrical power. With a projected cost of KES 70 billion (Kenyan Shilling), LTWP will be the largest single private investment in Kenya's history. Subsequently, several countries have been instrumental in adopting strategies that combat climate change, these include carbon neutrality goals, reducing greenhouse gases, optimum utilisation of natural resources, conserving forest covers, bringing in total energy efficiency, harnessing renewable energy, among others. Although it is heartening to see the growing awareness towards clean energy, there still remain several challenges for the implementation of lowemissions plans and pertinent climate change strategies across the globe.

Apart from the monetary aids, nations should create avenues that share and support technology, which is key to fight climate change. Moreover, the fight against climate change is not for some of us, but for all us. Similarly, it is everyone’s moral obligation to contribute to this cause and can never be strictly limited to a host of nations.